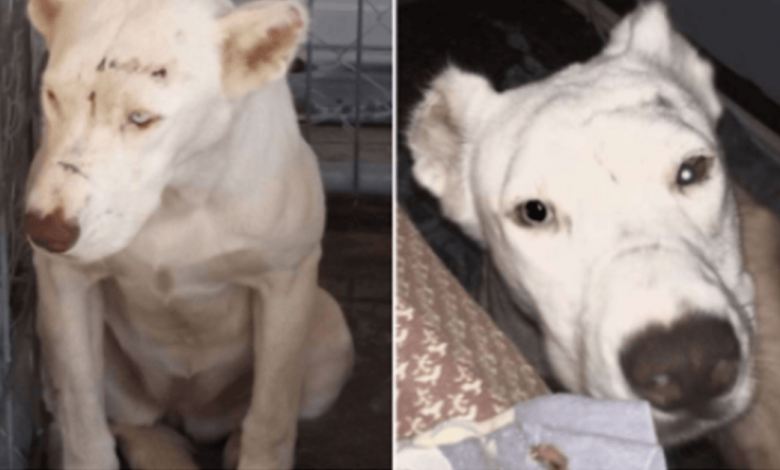 If you’re thinking about getting a rescue dog and you need a little more persuading, then this story is for you. Being able to transform an animal’s life in such a huge way is the most rewarding feeling, and a little really goes a long way if you decide to rehome an animal. It doesn’t take much to change their lives for the better. 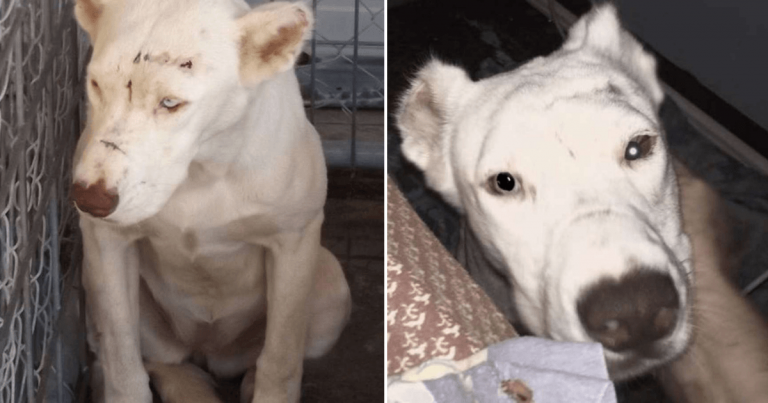 Niya the rescue dog was one of the worst cases to be seen at the Gibson County Animal Shelter in Trenton, Tennessee. It was clear that she had been physically abused in the past, and she was so frightened that she had completely shut down in her kennel.

When Kimberley Slown went to visit her, she just knew that she had to take her home with her. 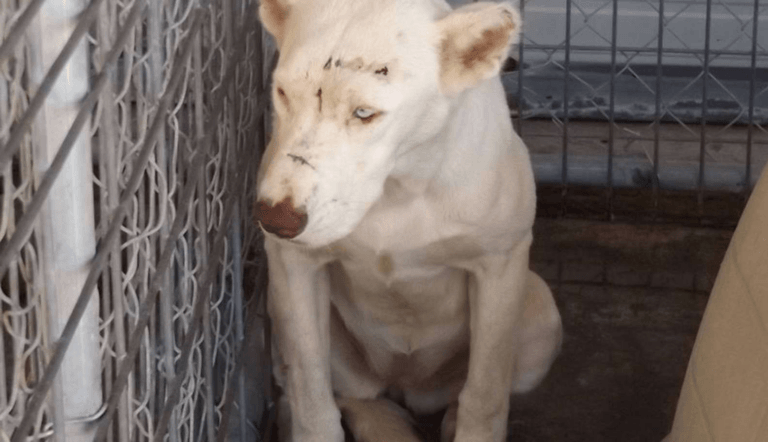 Kimberly has rescued hundreds of dogs through her organization, Arrow Dog Rescue, but none were quite as traumatized as poor Niya. She had a gash above the eye, which suggested that she had been hit with some kind of tool, and the wound on her nose looked similar to when a can is used in place of a muzzle.

But worst of all was the effect that the abuse had had on Niya mentally. The sweet dog was so frightened that when Kimberly went to pick her up, she stood pressed against the wall of the back of her kennel, tail between her legs.

Kimberly had to carry Niya into the car- all 47 pounds of her. 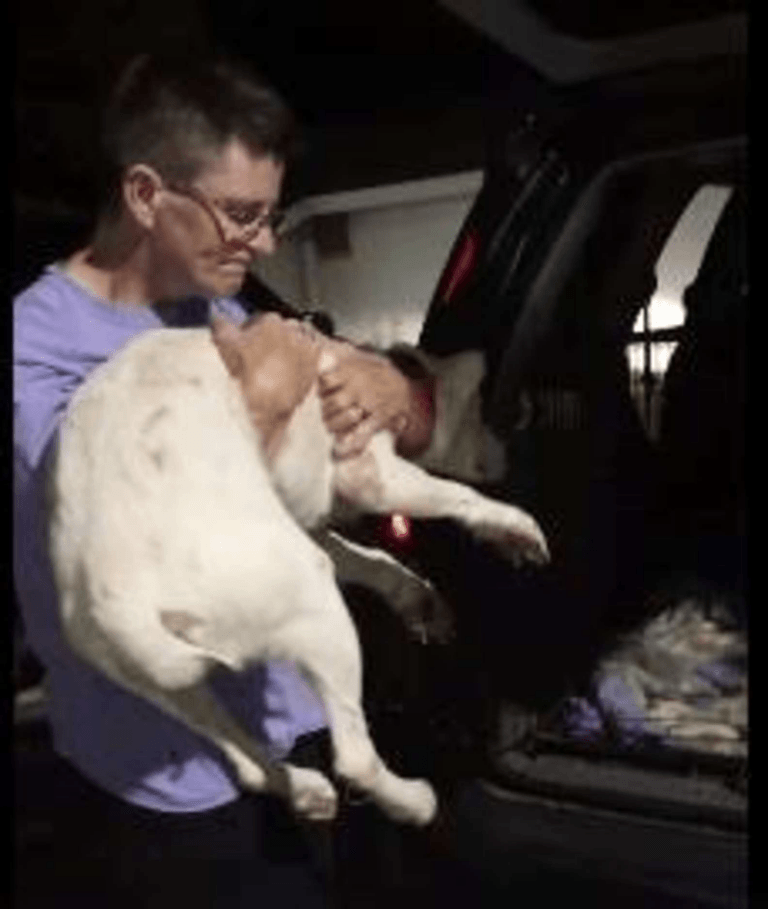 When Niya arrived at her new home, she was exhausted. She found a corner of the house that she felt safe in and slept for two nights and a day.

But on the second night, something began to switch in Niya’s mind. And as her owner’s arm dangled from the side of the bed, she went over hesitantly and sniffed it. 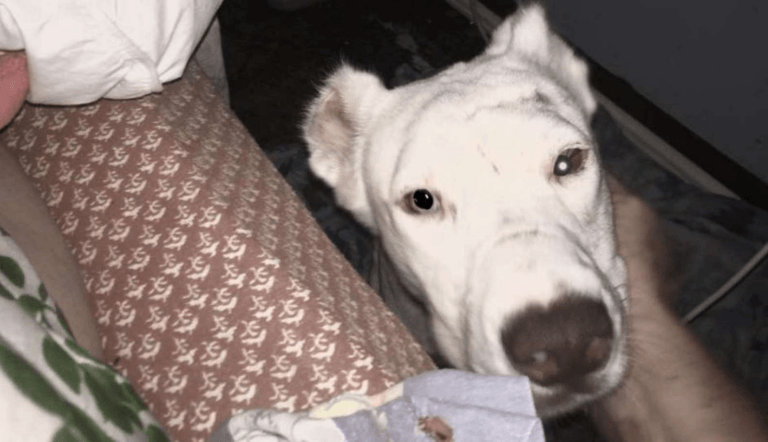 Kimberly woke up to the feeling of warm breath on her hand and was overcome with emotions when she realized that the scared little dog was finally gaining some confidence.

“She just breathed into my hand and I woke up and immediately paid attention to her, petting her and talking to her.” “She smiled and leaned in.” 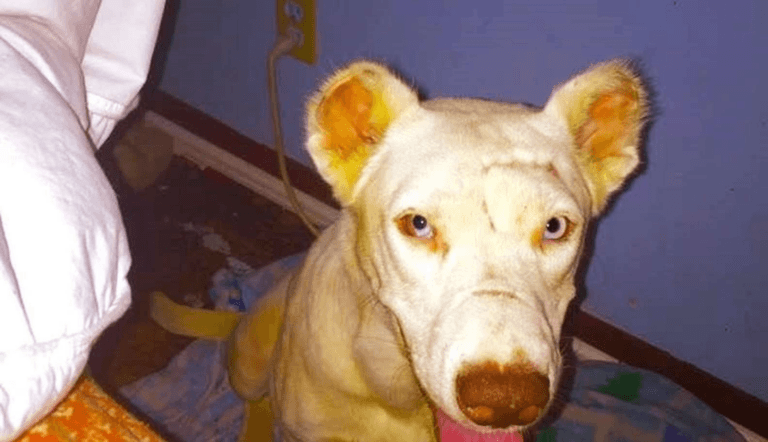 Niya eventually went back to bed, but then not much longer, Kimberly awoke to the same thing.

“A couple of hours later, the same thing,” Kimberly recalled. “It was overwhelming. I was crying.” 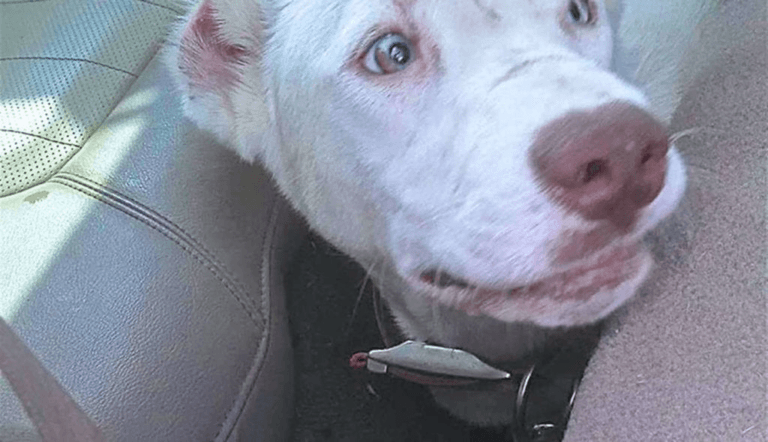 It was as if Niya wanted to thank her for taking her home from the shelter. Day by day, the scared little dog’s confidence is starting to come back, and it’s so rewarding for Kimberly to see.
The first day that she smiled – on the way back from the vets – Kimberly was overjoyed. Soon after, she settled into her first real bed, and then – best of all – the moment when her tail wagged for the first ever time.

Thanks to Kimberly, Niya is growing confidence that wouldn’t have been possible if she’d have stayed in the shelter. 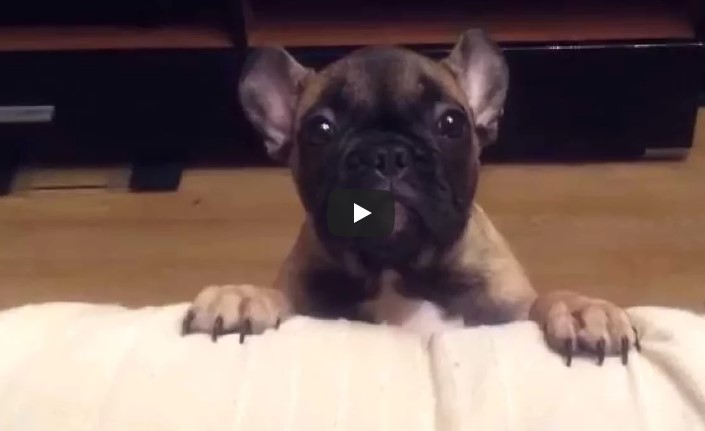 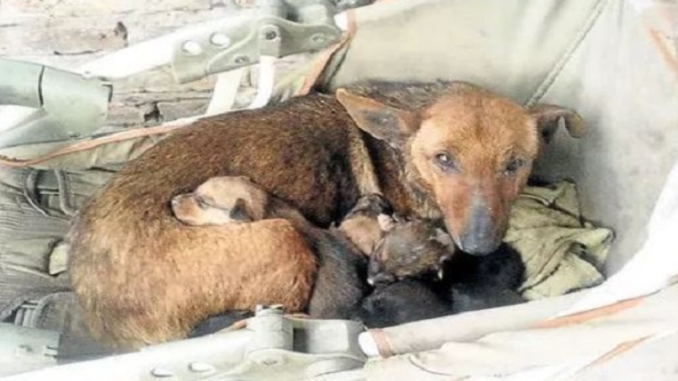